The Morse’s Tea Company that was located in downtown Halifax from 1870 until the 1980’s.  I am interested in this company as it was owned by the brother of my great-grandfather and my grandfather and uncle worked there throughout its history.  My father had various summer jobs there as a teenager in the late 1940’s and early 1950’s. My uncle worked there from the 1960’s and followed the company to Sussex NB when it was purchased by Barbours in the 1980’s.

A number of covers related to the company which I have collected are shown here.

There are no sub-pages associated with this page. 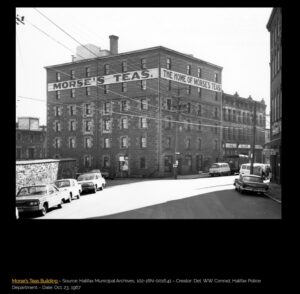